Madonna dell’Incancellata Sanctuary – In the “Casalini” or “Pozzo Antico” localities there was once a small sacred aedicule where an image of the Virgin Mary nursing baby Jesus was painted. This “figurine” was property of the Martinelli family of Corinaldo and in 1586 it was donated to the Arci Confraternity of Gonfalone, already owner of Santa Maria di Piazza Church.

The aedicule was located a little further from the current church, and was subsequently transported where it can be found today. Around the aedicule a small church was constructed, becoming the presbytery surrounded by a gate. The high numbers of faithful and pilgrims that arrived to pray at the sacred image convinced the Gonfalone brotherhood to build a house to host the aedicule and a shelter for the pilgrims, which was then transformed into a church.
There was a small creek in front of the church which ran into a well behind the church where miraculous healings were said to take place. Prelates, cardinals and princes together with simple men came in large numbers to venerate this sacred icon and to drink or wash in the prodigious water. The church was completely renovated in 1690, except for the part located behind the gates, which was built in its current form in 1625. It was during that same year that the rector of the time, Don Filippo Fontini commissioned the painting of Saint Gaetano located to the left of the altar. This is the church where Saint Maria Goretti came to pray.
The fresco above the high altar of the “Madonna del latte” was restored in 2007. The restoration revealed two repaints of a more primitive Madonna image dating back to the late renaissance years and the Umbro-Marchigiana school and probably the school of Pinturicchio. 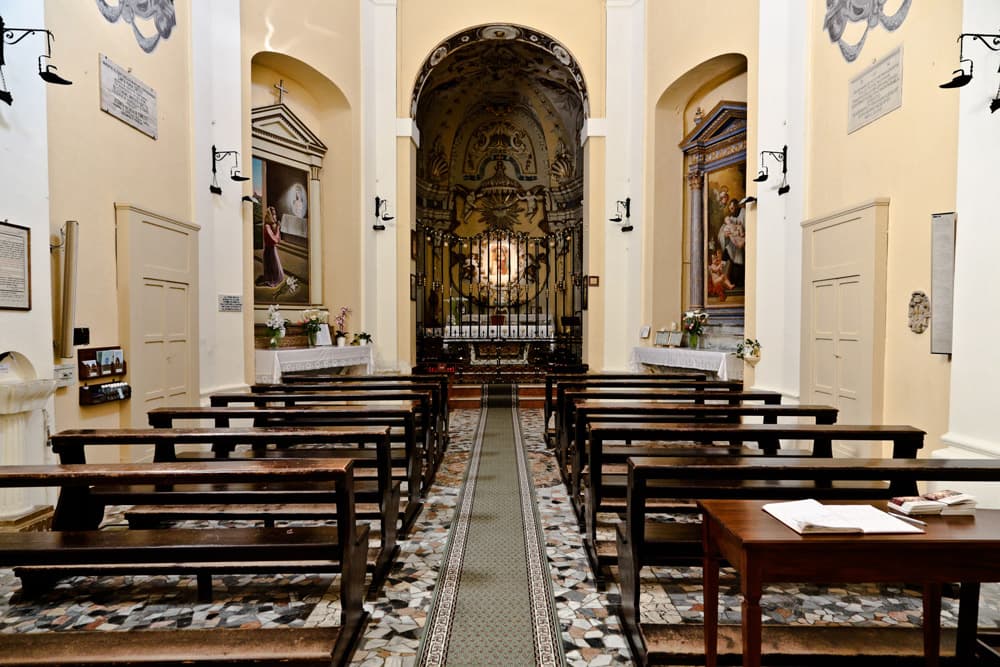