The Madonna Addolorata Church and the adjoining ex convent of the Benedictine nuns were erected in the latter half of the sixteenth century. The present monastery complex was built during the years following 1637 and is located on two sides on the city walls.

The primitive rectangular shaped church was demolished in approximately 1730 due to the humidity caused by having the road so close to the high back wall. The standing church was built between 1740 and 1775 and was consecrated by Bishop De’ Rossi on September 30, 1755. In documents dating back to the early 1800s, the new church was described as “of good architecture, dry, in excellent condition and very comfortable.”
Dedicated to Saint Anna since its founding, it was given its current name at the start of the twentieth century. The church has a central plan and a lantern dome, and is decorated with an elegant, rich rococo interior with three altars and four fine wooden doors crowned with canvases portraying Benedictine saints. The high altar hosts a statue of dead Christ and the Madonna Addolorata that are carried in a procession through the streets of the city on the eve of Good Friday.
The wooden choir above the entry door contains a precious organ dating back to 1776 made by Gaetano Antonio Callido, who had a daughter among the sisters in the Benedictine convent. 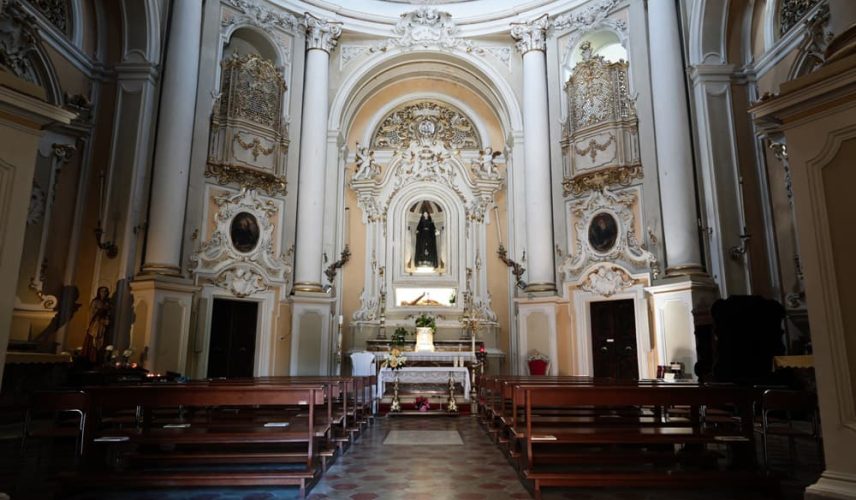 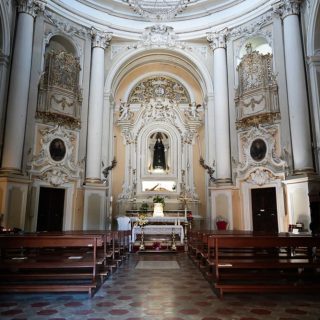