In May 1992, during the bicentenary of Pope Pius IX's birth, the Bishop’s Palace became the seat of the Diocesan Gallery of Sacred Art. Its splendid rooms host remarkable works of art from the 16th to the 19th century

The gem of the art collection is La Madonna del Rosario e San Domenico (the Virgin of the Rosary and Saint Dominic) by Federico Barocci (1535-1612), painted between 1588 and 1592 for Confraternita dell'Assunta e del Rosario (Confraternity of the Lady of Assumption and Rosary) for Chiesa di San Rocco (Saint Rocco’s Church). The painting depicts the Virgin held by some angels with the Infant Jesus in her left hand, while offering the Rosary to Saint Dominic with her right hand.

In the same room visitors can admire Battesimo di Cristo and Natività (Christ’s Baptism and Nativity) by Andrea Lilli (1570-1631); Madonna con Bambino (Virgin with Baby Jesus) and Santi Lucia, Francesco e Giovannino (Saint Lucy, Francis, and Giovanni) by Andrea Donducci (1571-1655) known as il Mastelletta, a pupil of Ludovico Carracci who was especially interested in Mannerist themes: Circoncisione (Circumcision), a late Mannerist work by an Anonymous painter, probably from the Emilia school of the 17th  century. The other halls of the Museum host a rich collection of paintings from the 16th, 17th, 18th and 19th century. Among them, Adorazione dei Pastori (Adoration of the Shepherds) (1568) and Crocifissione con la Madonna e San Giorgio (Crucifixion with Virgin and Saint George) (1585) by Ercole Ramazzani, a pupil of Lorenzo Lotto, alongside with several remarkable sacred and profane objects, among them pieces of furniture. 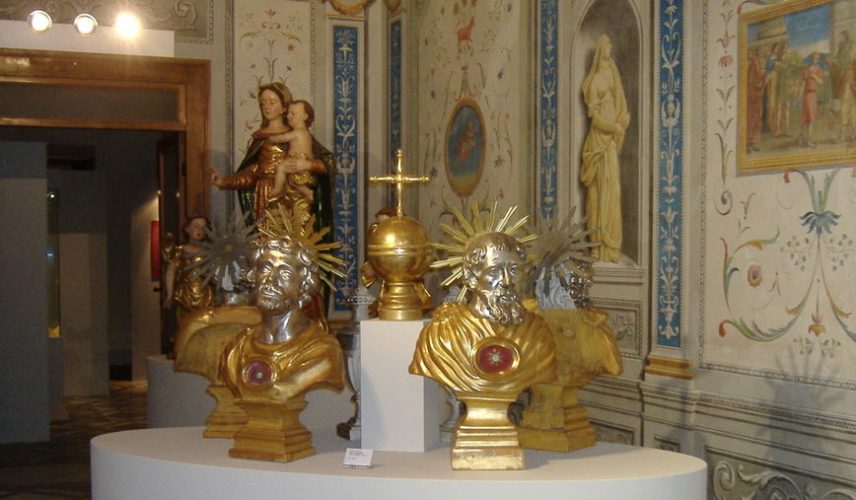 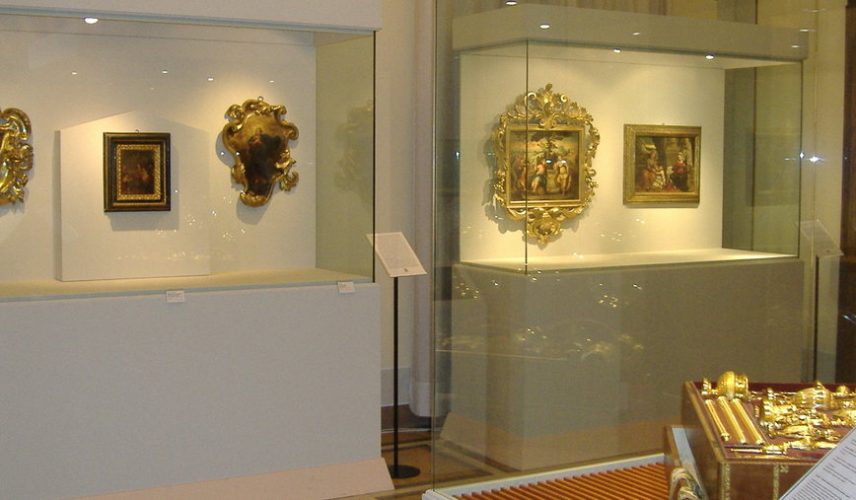 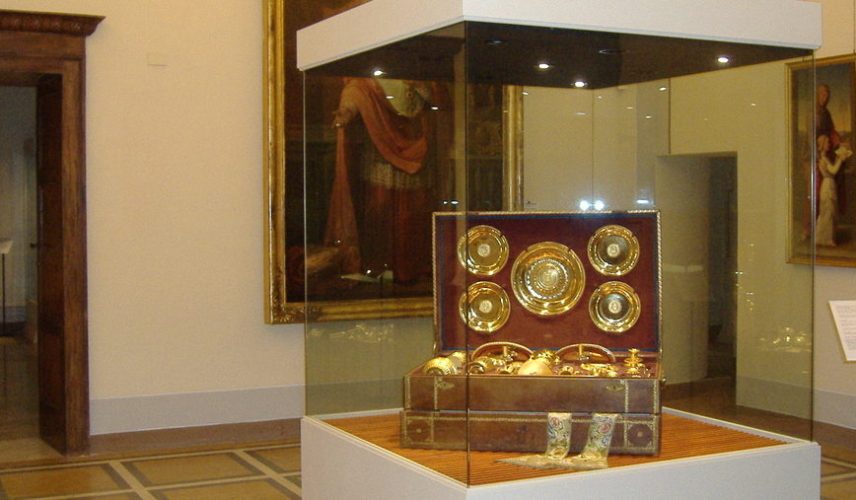 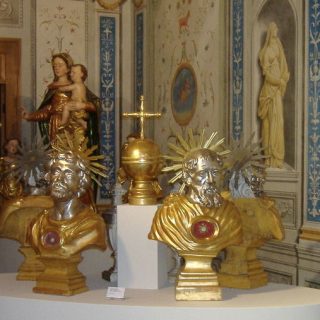 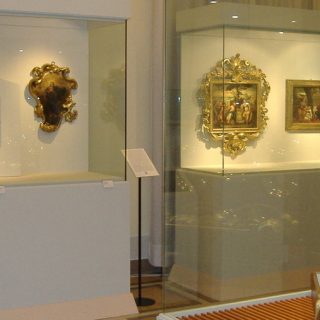 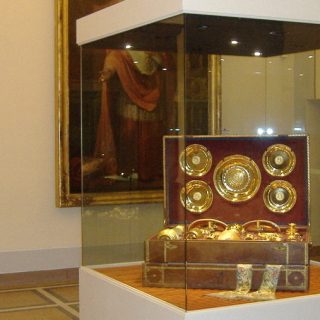