In 1265, Cardinal Simone Palatinari blessed the first stone of the new Saint Francis Church, which was most likely finished in 1281, the year that the bell located in the bell tower to this day was cast. This primitive structure demonstrates several interesting architectural aspects, such as centered arches and decorative motifs in the inner areas of the bell tower.

In 1528 the new cloister was built in the adjacent convent and the old church was expanded ten years later. Nevertheless, in the early 1600s it was considered to be lacking and artistically out of date, and was once again renovated in the years 1636-1639 in the style of the current era. In the 1700s several earthquakes, in particular that of 1727, made further construction works necessary. Construction of the convent was finished in 1749, while the new church was erected between 1752 and 1759 under the direction the architect Arcangelo Vici from Arcevia.
This new church from the nineteenth century is in “excellent condition” and remembered as “perhaps the best of the municipality’s churches for its structure and vastness. It is ideally located, dry and healthy”. Therefore it was requested to “transfer the parochial church here as the most suitable place for all church activities”. This is what happened around the 1930s, confirming this site as the parochial church up to present day. The church has an unfinished façade and a Latin-cross plan with side chapels, and above the transept there is a dome and apse.
It hosts three paintings by Claudio Ridolfi: “Annunciazione”, “Madonna col Bambino e i Santi Anna, Giuseppe e Antonio da Padova”, “Assunzione della Vergine”. The third side chapel on the right hosts a precious wooden crucifix made by the sculptor Donnino da Urbino in 1575.
There is a wooden altar from the destroyed Saint Peter’s Church, and on the left there is the tomb of Don Giacomo Luzietti (Corinaldo 1931 – Brezzo di Bevero 1994). 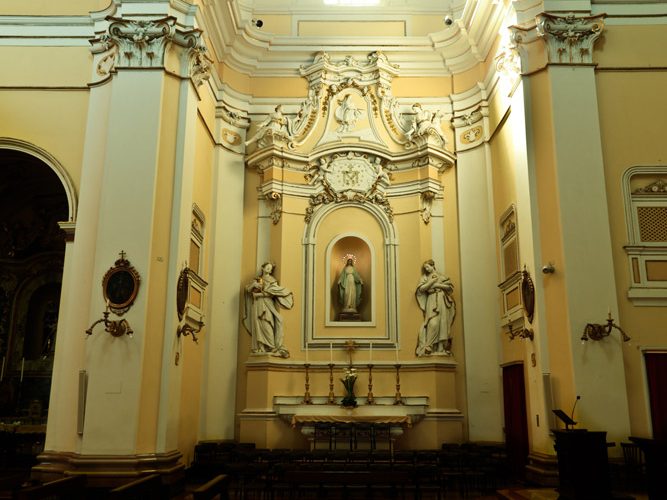 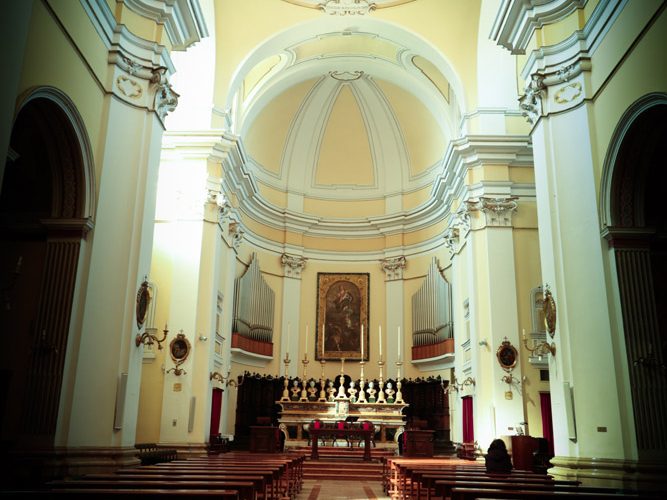 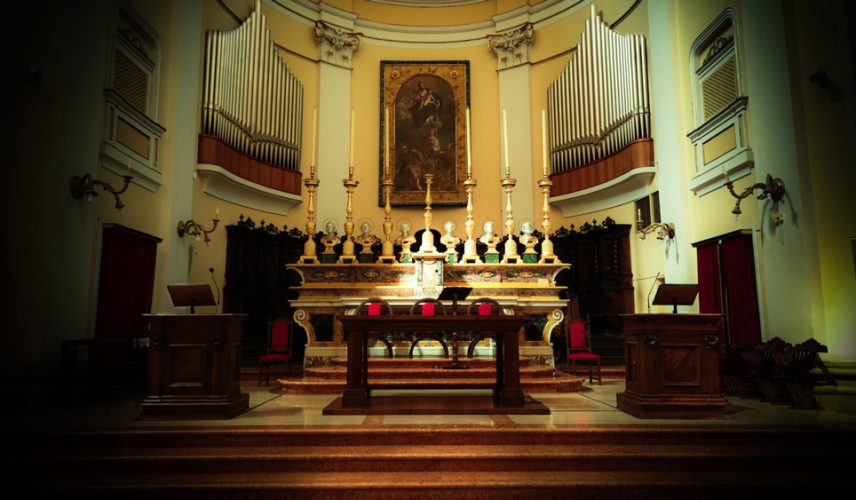 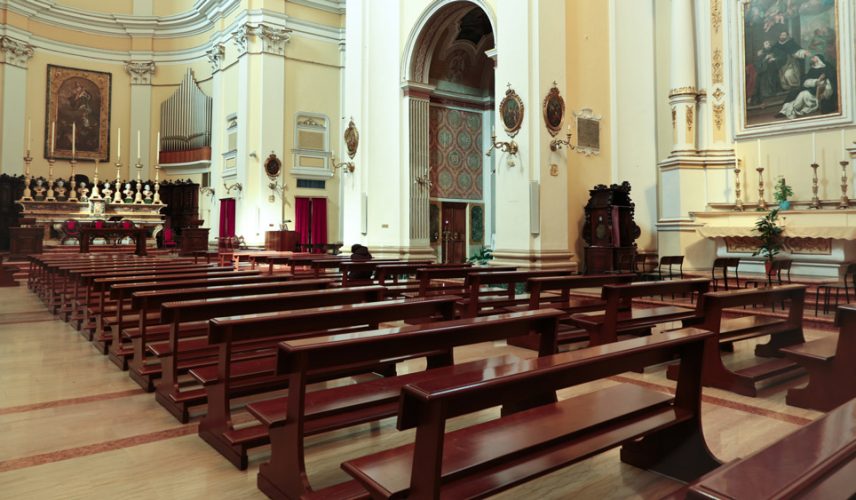 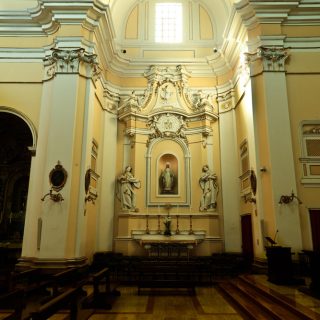 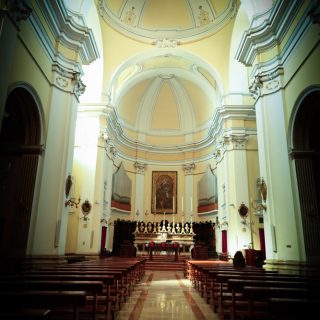 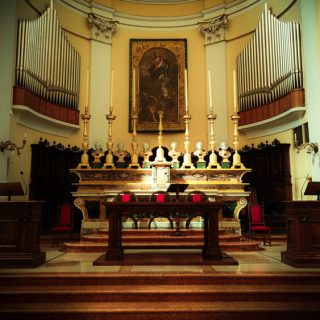 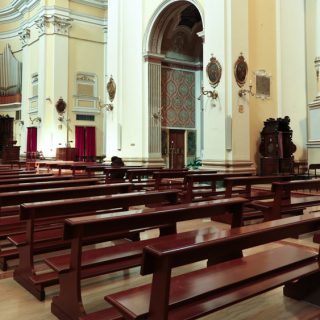