Sanctuary of the Very Holy Crucifix

The church of St. Gregorius, also called Sanctuary of the Very Holy Crucifix, was built in the year 1333, as evident in the inscription in cotto tiles above the altar, by Paolaccio Peris and Menco Bonati, on request of messer Albrico who was responsible for the church.
The façade was remade in the 19th century, when two Gothic windows were opened at the sides of the two vertical buttresses.

The main altar is dedicated to pope Saint Gregorius. Every Friday the Confraternity of the Moribund used to say the prayers of dying people. The other two altars, built in the 18th
century, are named after St. Peter Martyr and after the Madonna under the title of Santa Maria ad Nives.
Among the works kept in the church worth mentioning is the moribund Christ by Bartolomeo Silvestri da Verucchio, a wooden sculpture of intense expressive realism, typical of Baroque art.
After the seal of 9th September 1860 by the bishop of Senigallia the church was turned into the Sanctuary of the Very Holy Crucifix and the title of Saint Gregorius was transferred to the rural church of Saint Gregorius the Great. 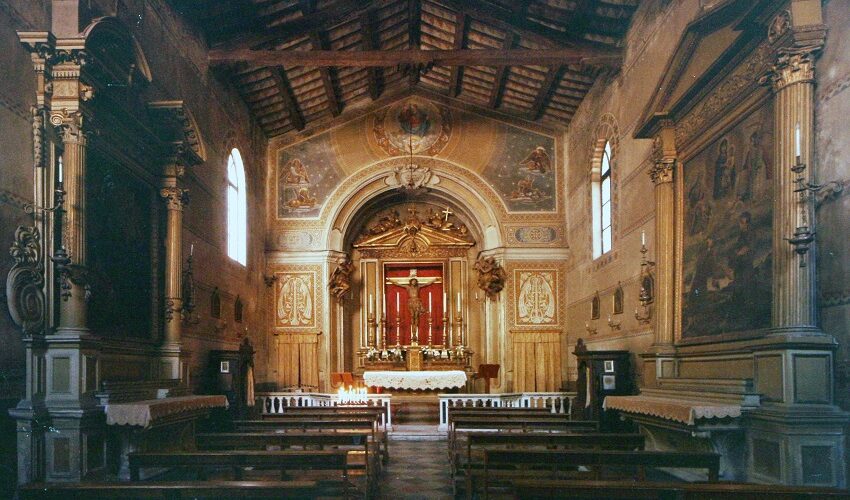 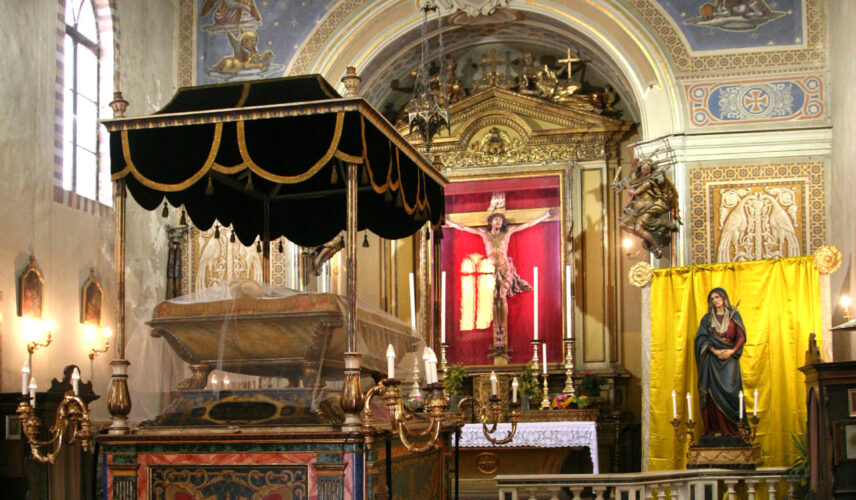 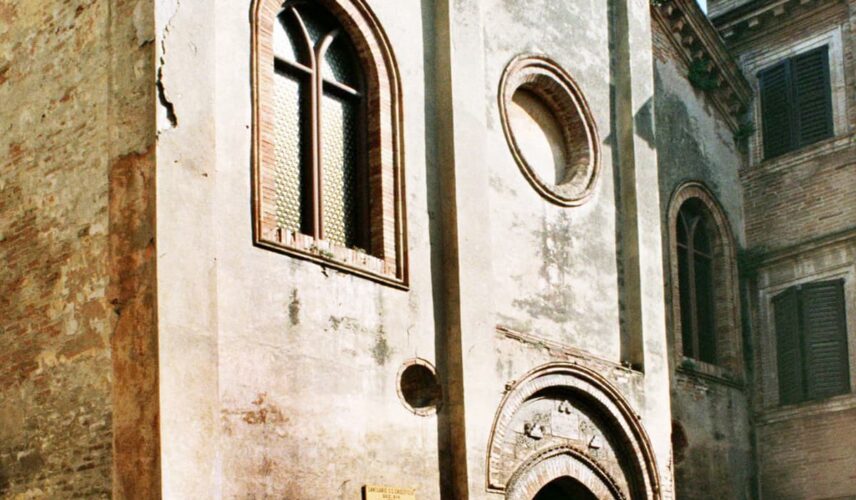 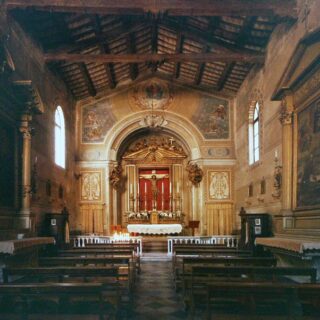 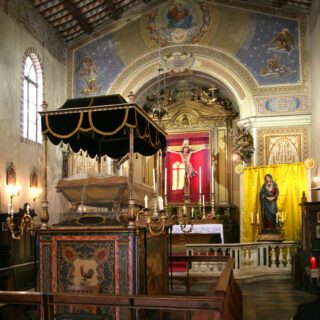 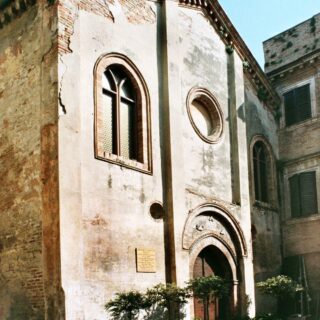 in the territory of Ostra

Sanctuary of the Madonna of the Rose
Find out more
OSTRA