Baviera Palace overlooks Piazza del Duca and was built, together with the Rocca, by Giovanni Giacomo Baviera, maternal uncle and lieutenant of Giovanni della Rovere, perhaps according to a project by Baccio Pontelli, as suggested by the harmonious proportion of the small courtyard.

Giovanni Baviera arrived in Senigallia at the end of 1474 to take possession of the State on behalf of Giovanni della Rovere. The Baviera family immediately assumed a primary role amongst Senigallia’s nobles. The palace became a family property in 1512 and remained such until 1956, when the Baviera family donated it to the Municipality of Senigallia together with the interior decoration.

Built and refurbished between the end of the 15th century and the first decade of the 16th century, Palazzetto Baviera with its small cloister and its sober, elegant atmosphere, reproduces the pattern and proportions of the cloister of Convento delle Grazie. An elegant colonnade supports the portico. The well in the centre is decorated on the four sides with the Baviera family’s coats of arms.

But it’s on the upper floor where you will find one of Senigallia’s treasures. A staircase takes to the piano nobile where you can admire the ceilings completely decorated with stuccos by Urbino’s artist Federico Brandani (1525 approx. – 1575). Upon order from Giuseppe Baviera, Brandani dedicated many years of his life to this work, finally delivering a masterpiece to art history. The decorations include the representation of cruel battles, Biblical stories, heroic adventures and historical facts, without ever losing the perfect general harmony.

The ceilings of the five rooms (Imperial Rome, Republican Rome, Iliad, Hercules, and Old Testament) are for sure the highest expression of Federico Brandani’s work. 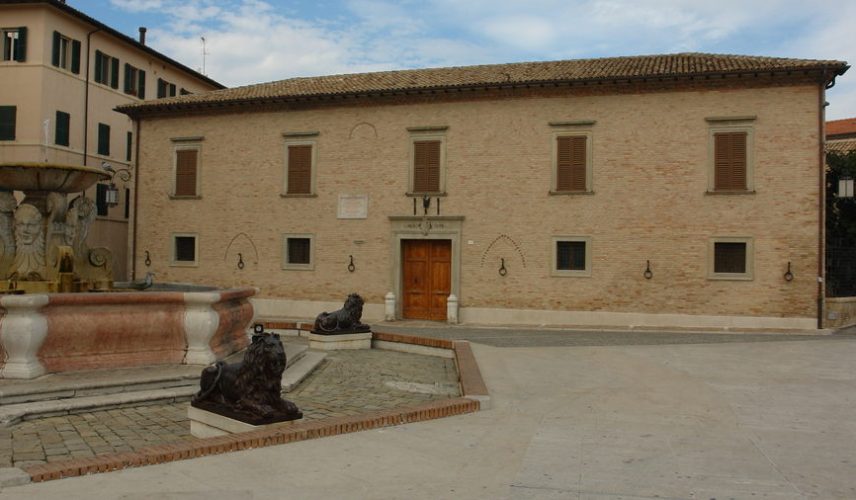 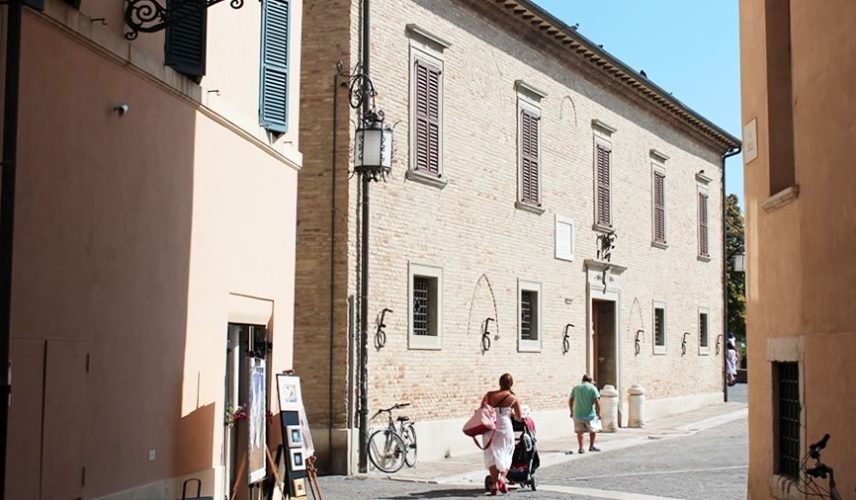 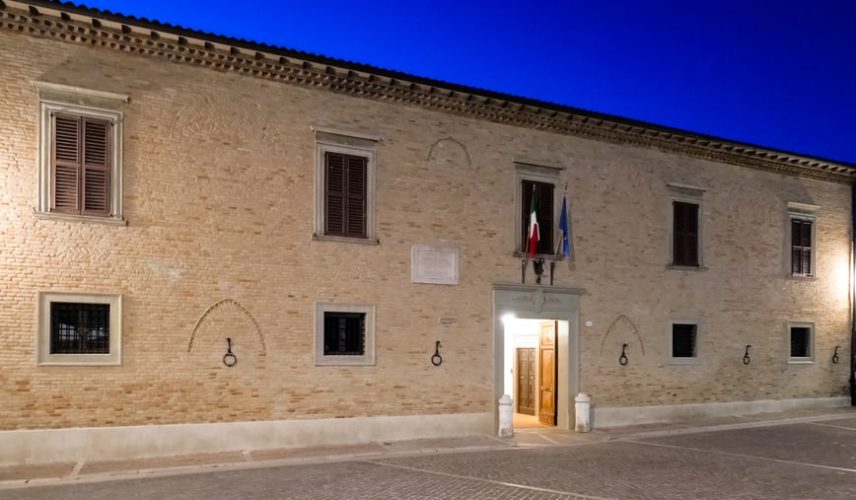 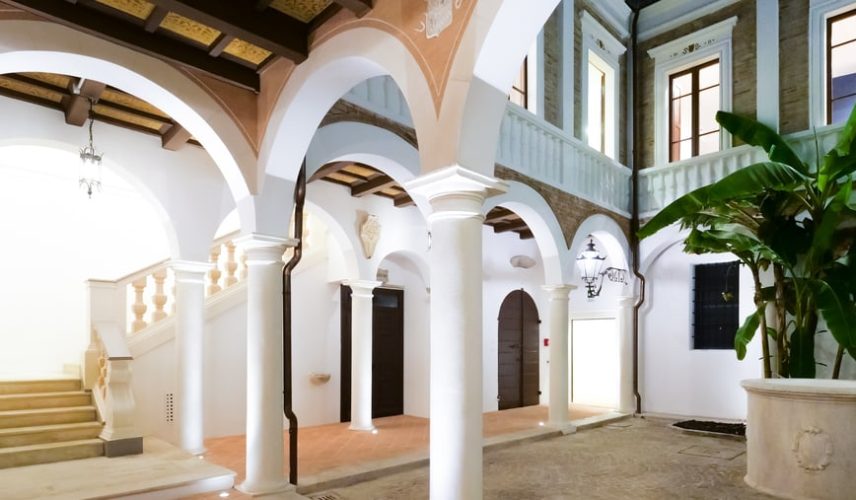 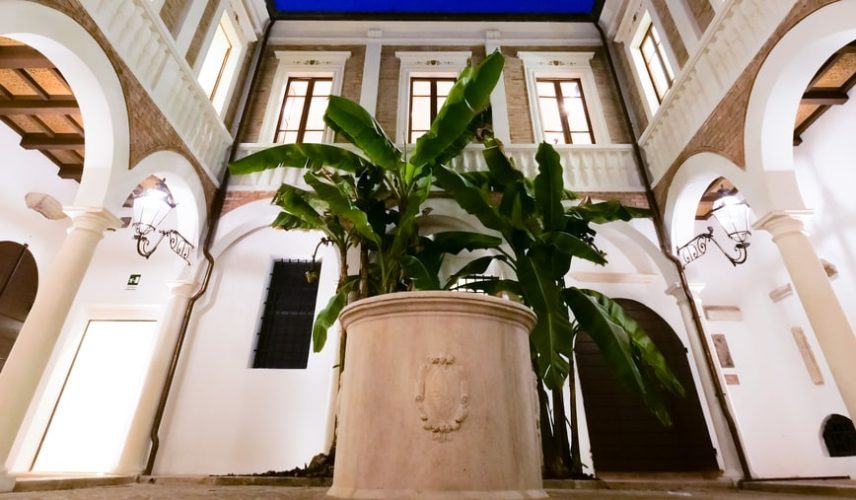 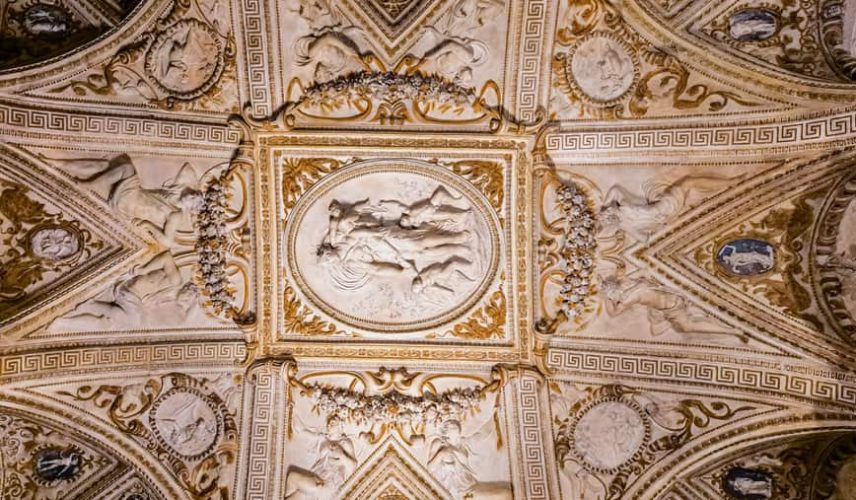 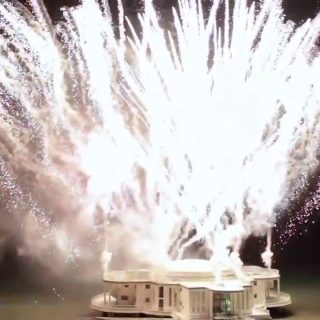 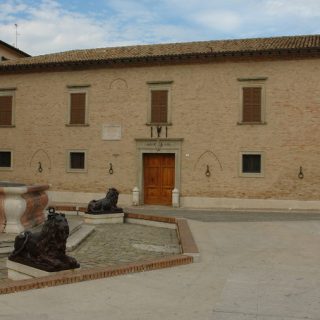 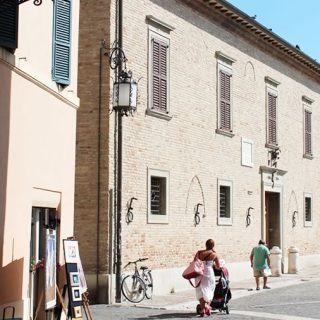 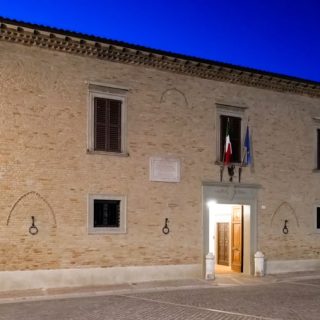 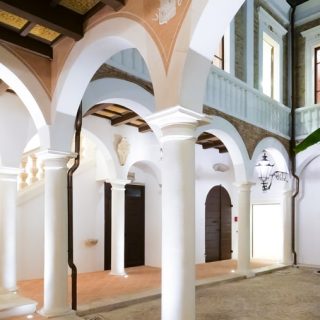 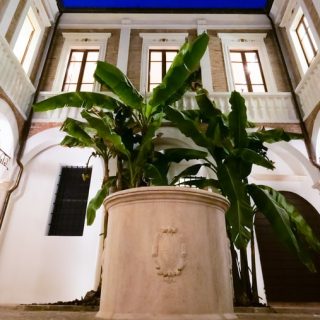 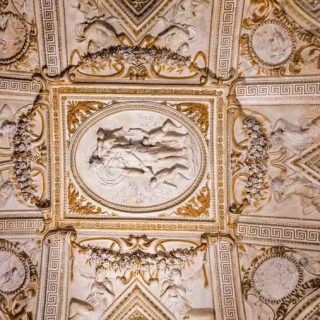 The Duke’s Palace and the ducks fountain
Find out more